The documentary film project about the Spanish economist and activist Arcadi
Oliveres began four years ago, when Èrika Sánchez Marcos met the activist
and professor of Applied Economics, following an interview. A year later,
Pere Ortega, member of Justícia i Pau (Justice and Peace - justiciaipau.org/
), proposed that she film a seminar that Arcadi would give. The young
filmmaker was so attracted to his personality and speech that shifted that
command in what is today known as DocArcadi. Soon enough she found on
the produce company Únicamente Severo - Daria Esteva a good ally.

A PROJECT WITH OWN LIFE

Èrika started following Arcadi Oliveres with her camera, in order to know
him closely, but especially for Arcadi to forget her presence and to act as if
the camera wasn't there. The aim was to achieve an intimacy that would give
us access to the person we don’t see behind the popular figure that he is - the
approach of the film took the form of a Road Movie.

By this time the crisis began to punish the economy and citizen welfare, but
the existing financial system was incomprehensible and hidden from most of
the Spaniards.
An outraged citizen movement began in Spain after May 15, 2011 with
a series of peaceful protests with the aim of promoting a participatory
democracy away from bipartisanship and the domain of banks and
corporations and other measures intended to improve the democratic system –
15-M. With the emergence of 15-M, the film crew joint Arcadi up in the town
squares, where his vocational teaching, his kindness and coherency reaffirmed
the affection of thousands of citizens. His activities were multiplied and his
perceptibility as well.

Meanwhile, Èrika was researching on Arcadi’s childhood and past, emerging
that way a convincing reality: Arcadi has spent decades doing commons, since
before that word was minted from the Franco regime.
In recent years, the professor has focused his work on the injustices of the
world economic system; at universities, neighborhood associations, squats,
squares, media and so on - an increasingly awkward speech for powerful people
and institutions, which are now trying to justify the abolition of the welfare
system.

So the main features of this project arose spontaneously and naturally. The
film crew decided to register the movie with free license (Creative Commons)
and partially finance it throughout crowdfunding. Those decisions are
allowing us to share the process of shooting with a whole community built
into the project, and in a near future we will also share with them the final
result. 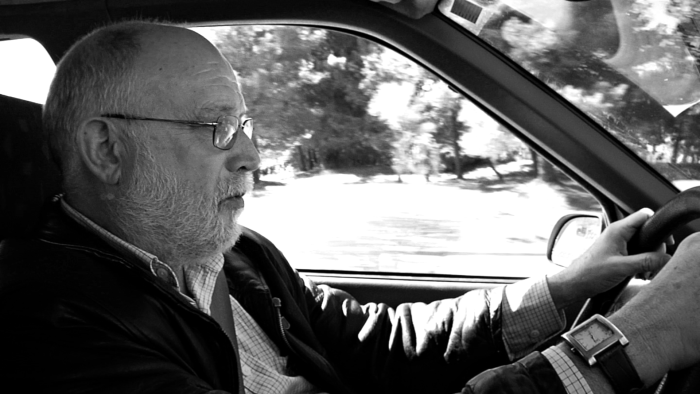 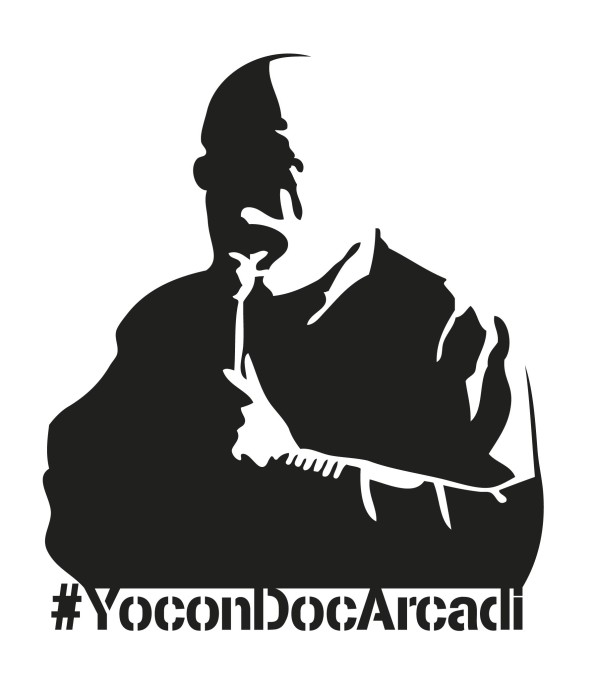 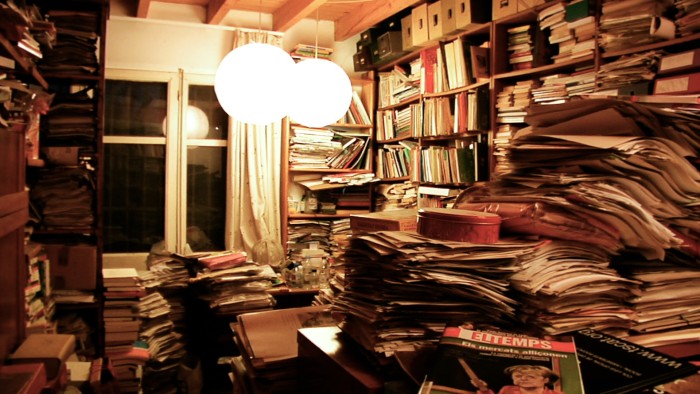 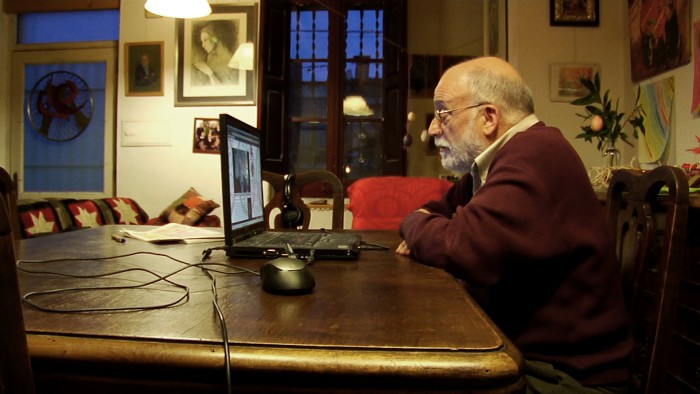 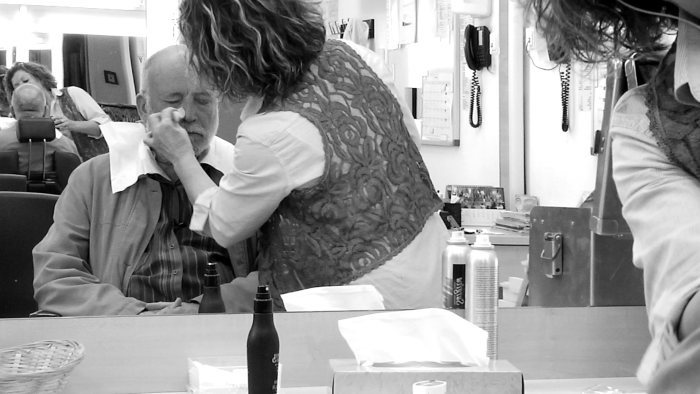 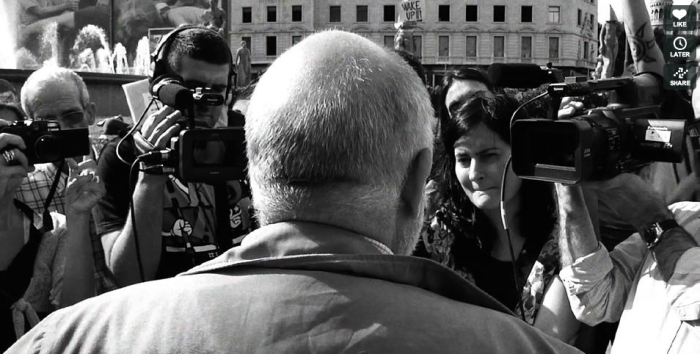 This is an author documentary film shot in key of a Road Movie around the figure of the Spanish Professor of Applied Economics and activist Arcadi Oliveres. It will be registered under a free license (Creative Commons By-Nc-Nd) and is being partially funded partially through two crowdfunding campaigns.

From the very beginning, DocArcadi’s film crew has posted unpublished material and shared it on the network with free license. For instance, the Shooting Journal has been published on our website, where you can find interesting interviews with people close to Arcadi and with those who have taken part in the the audiovisual research:

Apart from this, we have initiated another platform from which we can continue shooting for DocArcadi every week through our Daily Filming Journal. We share visual materials, photographs and unpublished manuscripts from the director Èrika Sanchez Marcos on this site:

This film was born from the need to deepen our knowledge on Arcadi Oliveres’s work and message. And it is targeted towards and supported by the entire community of citizens who value his work and his philosophy.

The project aims to offer the point of view of the director’s generation about a figure like Arcadi. The film is a personal exploration into Arcadi’s past and its connection with the present. The team however does not intend that the film be viewed as a tribute to Arcadi.

We want to make this film accessible on the Internet and to be broadcast as much as possible in the hope that Arcadi’s message can reach where he himself cannot.

Arcadi’s encouragement for the 15-M movement has allowed us to research about the crisis and has enabled many people to be aware of some mechanisms that explain it. Perhaps this film could serve as a support for social demonstrations or public campaigns beyond our borders.

This documentary film is targeted towards all the men and women who want to develop a critical opinion about the global crisis, and take part in other points of view about what is happening in the world.

Moreover, we will be open to sharing our experience with similar projects and with all groups who want it.

During these months we have begun an audiovisual research process about Arcadi Oliveres’ surrounding and activities. Now we start the shoot itself.
We need funds for the filming and post-production process.

WHY A SECOND ROUND OF FUNDING?
Last fall, we were very successful in our first micropatronage campaign with Verkami: we got 6,000 Euros, double the amount we requested. In the meantime, the production crew was fighting to get funding from various institutions. But despite our good score for international grants and several positive ratings by public entities, all our applications were finally rejected.

It feels like making a film amidst a shipwreck. The bad news does not stop us but there are many obstacles to overcome till we achieve our goal. The closer we get to Arcadi, the more convinced we become of the need to spread his ideas especially at a time when an exploitative economy is oppressing the common people - you and me.

Many of you have already helped us financially and many of you encourage us and support us every day trough social networks and other ways. We only count on your help and support in order to finish the movie and with it we will go ahead and release the documentary film.

Justícia i Pau is a Catalonia based Christian organization found in 1968. It aims to promote and defend human rights, social justice, peace, disarmament, solidarity and respect for the environment. 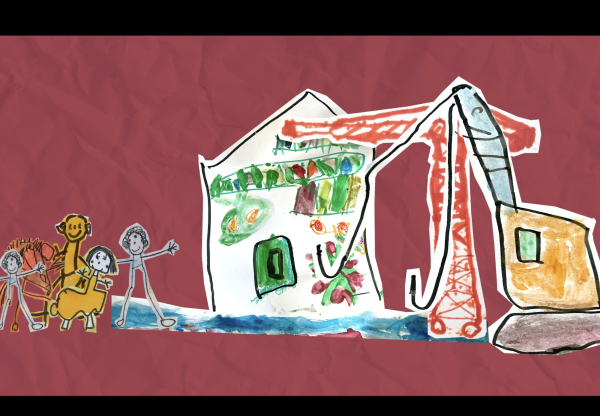 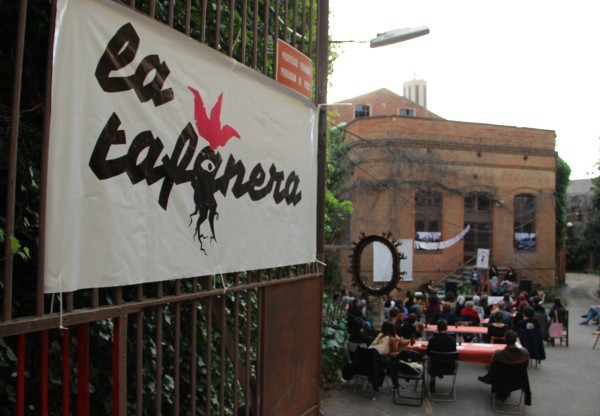